Everyone has a money story, ones that keep you safe, ones that have you spending more than you’re making, or watching every dime that comes in or goes out, ones that have thinking there’s never enough (even though you may be doing really well financially).

A money story is the combination of thoughts, beliefs and behaviours that are dictating the way you do money, and they may or may not be in alignment with your core values and priorities. The good news is that you can create whatever money story you want – preferably one that gives you freedom of choices and grows your net worth. The first step to changing your money stories is having awareness of what they are in the first place.

I used to be the one to make money and save it up for purchases we needed to make. But for years I gave my power away with money. My story became “I make good money, I should be able to buy what I want when I want it.” And so began my struggle with having money – it would go out the door faster than it came in…to the point of incurring thousands of dollars of debt and refinancing multiple times over a 10 year period.

The thing is, it wasn’t even my story – it was my then husband’s!   But I didn’t know this until I did some money mindset work with a couple of coaches, and through the program I took to become a certified money coach.

And that wasn’t the only story I was running. Another one was “It’s not about the money, I just love what I do.” This story has been with me my whole life, coming from a humble farming family. With this story, I was paid less than my counterparts, and settled for the lower rates and raises because I didn’t really feel that I was worth it (even though I’m really good at what I do, I also never asked for the higher rates)…that I didn’t work as many hours as others, so I shouldn’t get as much (the difference was, I worked smarter, got my work done, and also had two small children to care for after my regular work day).

My money stories then were holding me back, and not empowering me at all to create financial freedom. Fast forward to now, I have kicked those old stories out the door, and now am back to creating a having and savings regime that had been lost for almost 20 years. Instead of “it’s not about the money”, I have adopted a new empowering story of “I love what I do…how can I empower myself to make more money such that money is never an issue?”

I would not have been able to do this without first having the awareness of what made me tick with money. I love helping people, and I learned that as a Nurturer type with money, typically putting other people’s needs ahead of my own, I was giving my power and my money away (literally!). And that as a Nurturer, I had to set new boundaries and money habits to ensure that I was taking care of me first, so that I’d be in a much better position to help others in need. Let me tell you – it’s not easy, and it takes practice and awareness daily, but it’s paying off.

If you would like to find out the steps you can take to break free from the money stories that hold you back, book your complimentary Money Clarity Session with me.

You definitely don’t want to break free from old money stories…or do you? 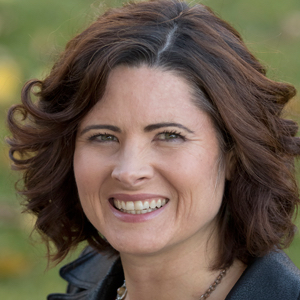 Linda is the owner and founder of VisionSpire Business Consulting. Excelling in both verbal and written communication, Linda is able to formalize her clients thoughts and ideas, helping build their vision. Her mission is to assist entrepreneurs to create success in their business with better business planning and processes, and to reduce their tax risks compliance costs. Linda is a Certified Business and Money Coach, and 20 year Canadian Tax Specialist.