Both Variable Rate and Fixed Rate Mortgages have both their advantages and disadvantages.

Is a mortgage of any term usually between 1-10 years. Here the interest rate is fixed for the course of the entire term. Once your mortgage is signed you are locked into this term with the lender and the rate will not change.

The Benefit To Having A Fixed Rate Mortgage

Is that your interest rate and mortgage payments will not change or fluctuate during the course of your term. This will provide security and comfort to those who typically do not like change and allows you to budget and plan confidently. You know where you stand 100% during the entire term.

The Benefit To Having A Variable Rate Mortgage

Is that this rate is usually lower than the fixed rates but there is no guarantee that there will not be a change to the Prime rate. You could have a longer ride at a lower rate or you may not. This is hard to predict and is not guaranteed to remain unchanged during the term. You can expect movement with a variable rate mortgage.

Most “unrestricted” variable rate mortgages will allow you to lock into a fixed rate mortgage during the term. This is an option many will take when the prime rate moves and the fixed rates become more attractive due to the moving variable rates. Many seasoned and experienced mortgage holders will take a variable rate mortgage at a lower rate and then “lock in” to a fixed when it makes sense to do so. This is when it can become a bit challenging as the new fixed rate you are now locking in to is determined by the lender who holds your mortgage. You have no negotiating power as you must remain with them regardless unless to elect to pay a fee to terminate your mortgage completely.

Your new fixed rate is determined by the discount available against their “then” posted fixed rates. If their posted is 4.5% and you are able to get a discount of 1.50% then you will receive a new fixed rate of 3.00%. This sounds great however any new business coming to the bank may be able to obtain the same 5 year fixed rate mortgage at 2.89% or lower. Unfortunately this rate is not available to you as you are an existing client already in a term.

Another disadvantage is that if you decide to change from a variable to a fixed rate product, your new fixed rate mortgage will be a new 5 year term, not the remaining balance of your existing term you signed when you took the variable. For example; if you are half way through a 5 year term with your variable rate mortgage and you decide to switch to their 5 year fixed rate, you do not simply switch to complete the original term. What will happen is you are then locked into a new 5 year term with a new fixed 5 year rate. That original 5 year term you signed with that lender has just turned into an almost 8 year term! 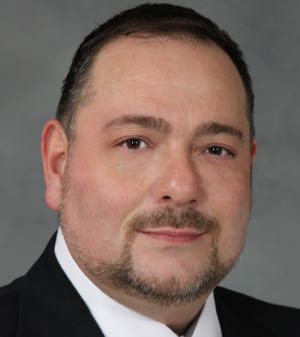 As a Canadian Mortgage Professional, Michael represents his clients to a vast variety of Banks and other Lenders. Always sharing his expertise and knowledge for your benefit, specializing in Mortgage Financing with over 25 years of customer service and sales excellence experience.