In my clinic, I often see clients who have been silently suffering from common skin conditions without even realising that a ‘skin condition’ is what they have. So, this month, I’m going to give you a run down of these conditions and what can be done to alleviate the symptoms.

Also known as Follicular Keratosis, this skin condition is extremely common, completely harmless and totally genetic… so go ahead and blame your parents.

The condition looks like a bumpy rash… a bit like chicken skin and feels like sandpaper to the touch. It’s often found on the outer area of the upper arms and the inner thighs but can also appear on the face or your bottom! It most commonly affects children (50% to 80%) which will then outgrow the condition but about 40% of these will continue to suffer KP into adulthood.

KP is actually a build-up of Keratin – a common protein produced by our body to form skin, hair and nails. The Keratin forms a hard plug that blocks the opening of the hair follicles but the cause is unknown so there is no cure right now. You can however, alleviate the symptoms by using topical applications to soften the Keratin plugs and smooth the skin surface.

If you suffer from KP then try applying an AHA (Alph-Hydroxy Acid) based moisturiser or a Topical Retinoid (Vitamin A) on a daily basis. This will help to break down the Keratin plug, smooth and soften the skin surface and lighten any pigmentation caused by the condition BUT be very careful with exposing the area to sun when using these applications as they will also cause your skin to become more sun sensitive.

For severe sufferers of this condition, Eczema can be a depressing and sometimes debilitating problem. Eczema is an intermittent, red and itchy rash and can sometimes have small red pimples.

On babies it can often appear on the face, inside or on the elbows or on and behind the knees. Older children tend to also get Eczema on the neck, wrist, ankles and hands.
On adults, Eczema is most common on the arms, legs, hands and neck but in my clinic I do very often see it on the face. When it is severe it is obvious to the sufferer that a Doctor or Skin Specialist needs to be seen but it’s the mild cases that I often see untreated because the person does not realise what it is and often mistakes it for dry or sensitive skin or even Acne.

Topical steroids are often used as a treatment plan for Eczema sufferers. Steroids are naturally occurring substances that are produced in our bodies to regulate growth and immune function. There are many different kinds of Steroids so I’m not talking about the ones that will have you looking like Arnold Schwartzanager… The Steriod used for Eczema is a Corticosteroid (like Cortisol which is produced by the Adrenal Glands) and it has many functions in the body but in particular is very good for controlling inflammation.

An interesting thing about Eczema is that it usually goes hand in hand with allergies.

When my son was a toddler he suddenly developed Eczema on the inside of his elbows and on his knees. It looked very angry and sore and I tried lots of different things to sooth it. From tea baths, milk baths and soap free cleanser and moisturisers… I tried everything to no avail. Then one day, I saw a product called ‘Medi-Honey’ in the Pharmacy. This product is made from Manuka Honey, a honey from New Zealand which has high concentrations of Hydrogen Peroxide and Methylglyoxal… both natural, bacteria fighting super heros. Manuka Honey protects against damage caused by bacteria and also stimulates production of special cells that can repair tissue damaged by infection. In addition, it has anti-inflammatory actions that can quickly reduce pain and inflammation once it is applied.

Needless to say that, although the Medi-Honey did not cure the Eczema, it certainly controlled it and after a couple of years my son out grew the Eczema (then came the allergies) and the Medi-Honey ensured that no nasty scaring was left behind… it was the best thing I’ve every used for a skin condition. The allergies were a completely different story!

I would consider Psoriasis (or, in my mother’s Spanish accent – ‘Sorry Asses’) the most serious of the three skin conditions.
Psoriasis is common but considered a persistent, long-lasting and chronic skin disease. The disease affects the normal life cycle of a skin cell by speeding up the cycle (usually around 28 days in normal healthy skin) and causing an over production of cells that in turn forms a thick, silvery build up of scales on the surface of the skin.

This flaky build up is often dry, itchy and the skin can become cracked and bleed which is obviously painful. There are different types of Psoriasis such as Scalp Psoriasis or Nail Psoriasis but the most common is Plaque Psoriasis which can occur anywhere on the body including genitals and the soft tissue inside the mouth.

Treatment creams and ointments that are applied to the skin can effectively treat mild to moderate Psoriasis but if the condition is more severe then oral medications or light therapy may also need to be used.
As with Eczema, topical Corticosteroids can be used to fight inflammation but it can also slow down the skin cell turnover due its ability to suppress the immune system. This in turn reduces the itching. But, as Psoriasis is a persistent condition, long-term use of topical steroids is not good. It causes thinning of the skin and eventually resistance to the treatment so these treatments are generally used on active outbreaks until they are under control.

Besides steroid treatment there are a number of alternate topical applications such as synthetic Vitamin D creams, topical Retinoids and even old school treatments such as Coal Tar but new technology has rehashed another old school treatment of using the sun’s UVA and UVB rays. When exposed to these rays the skin’s cell turn over slows down and the scaling and inflammation caused by the Psoriasis is minimised but, as we know, over exposure the UVA and UVB rays brings on a whole other bunch of problems so very short frequent sessions were only advisable. Now with modern lasers and light therapy machines, artificial light can be used with similar results and more controlled outcomes.

So, if you are experiencing any of these skin conditions, even in it’s mildest form, don’t leave it go untreated. Go and see your Doctor and get a proper diagnosis and consider some of these treatment options so your skin has the help it needs. 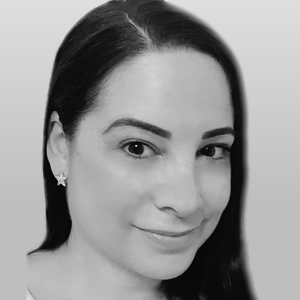